Durg a city located in the state of Chhattisgarh in central India has a glorious historical background. The tribals have been the inhabitants of the region since ages and have left an everlasting mark on the culture of the district. Durg has witnessed the rule of chain of rulers from the glorious Hindu Kings to the mighty Maratha rulers and finally the British Raj until India gained independence. The illustrious history of Durg can be mainly divided into three important periods: 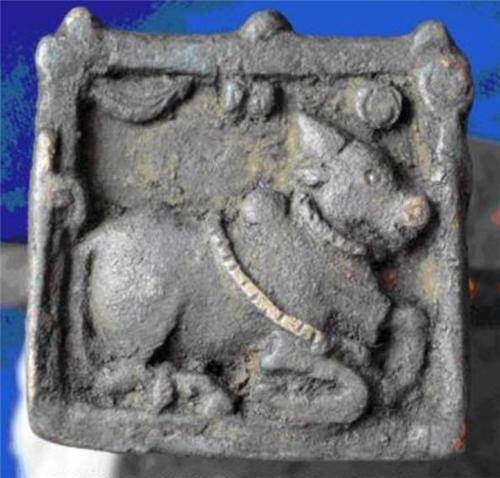 The history of Durg dates back to 2nd and 3rd century BC with the discovery of a well-planned human settlement belonging to that period. Archaeologists have discovered the buried remains of an ancient 2,500-year-old city at Tarighat in Durg district. During the excavation work some rare old coins, beads, pottery items, bones, etc. were found on the banks of Kharun River. In the ancient times Durg was a part of the kingdom of Dakshina or Southern Kosala. If we turn the pages of history we find that region has a history dating back to the 3-4th century AD. The Chinese traveller Huien Tsang who visited Southern Kosala in 4th Century AD discovered a Asokan tope in the Capital of the kingdom; which makes it clear that the district was once a part of Ashoka's Empire. Samudra Gupta in the 5th century AD had in-scripted on the famous Allahabad Pillar that he had conquered the two kingdoms of Kosala & Mahakantara.

But it was only as late as the 8th century AD that the first credible reference with regard to the word Durg was found on two stone inscriptions. These stone inscriptions found in Durg were then later handed over to the Raipur Museum. On the First inscription the name of a king Shiva Deva is mentioned while on the 2nd inscription the name of Sivapura (the capital of Shivadeva) was engraved along with that of Shiva Durga thus indicating that during Shivadeva's rule the town & fort were both separate entities. Durg thus derives its name from the old Shiva Durga and the river on whose banks the town stands is known as the Shiva River. With the advent of 1182 A.D. Durg came under the rule of Kalachuri dynasty of Tripuri. The Kalachuri dynasty ruled the region till 1742 A. D. when the Marathas defeated them and took control of the region.

The Britishers had slowly started establishing there rule in India and the district of Durg also did not remain untouched. The mighty Marathas lost the 3rd Anglo- Maratha War in the year 1877 and the region of Chhattisgarh came under the British rule. Durg was merged with Bhandara District (now in the state of Maharashtra) to facilitate better administration but was later separated in the year 1857and made into a tehsil of Raipur district. Raipur district then comprised of three tehsils namely Durg, Bemetara & Balod. Durg remained attached to Raipur till the year 1906 after which a separate Durg District was formed. 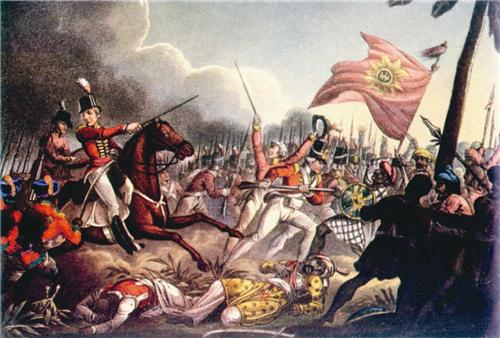 The first British Officer deputed to Durg was Caption Edmonds who worked as a Collector & Magistrate to look after the administration of the district. In 1907 the Collectorate building was built in a unique way by using limestone, gum, sand & fruit pulp as a binding agent instead of cement. The building though now more than 100 years old has stood the passage of time and still stands sturdy & strong. From the then Kasaridih Village nearly 350 acres of land was acquired by the government to build residences & offices for the civil officials. This is the place where Civil Lines, Pt. Ravishankar Shukla Stadium, Chaupati, Company Garden, New Bus Stand are present today. The road from Kucheri to the Railway Station was named after the First Collector of Durg S. M. Chitnabees and is called the Chitnabees Road.


Role of Durg in Freedom Struggle

The district of Durg holds an important place and played a major role during the freedom struggle. Natives of the place like like Shri Ram Prasad Deshmukh & his son Shri Laxman Singh Deshmukh who belonged to village Khamtarai in Durg District were renowned freedom fighters. Both of them displayed great zeal and actively participated in the freedom struggle; during those difficult times they were sent to prison a number of times by the British. Mahatma Gandhi, Pt. Jawahalal Nehru and Dr. Rajendra Prasad were some of the famous leaders who visited Durg during the fight for Independence. District Durg was divided into 2 separate districts on 26th January1973 and Rajnandgaon District was formed. District Rajnandgaon was further divided on 6th July, 1998 and a new district - Kabirdham was created.

In the month of January 2012 the district was again divided & 2 new districts Bemetara & Balod came into existence. Today Durg forms an important city of Chhattisgarh state in Central India. A dynamic industrial & agricultural hub the district is on a fast-track growth path and is emerging as a well-developed modern city.